Ralph Hertelendy, owner and winemaker of Hertelendy Vineyards, loves to create music with his wine. He equates his wines with different musical instruments. If a wine, like his Cabernet Sauvignon, is heavy, he may say it’s a Tuba; if it’s light and fruity he might say it’s a Piccolo. He credits his love of music to his father who is a music critic. Ralph accompanied him to the symphony and ballet regularly and thus began his love of music and all things beautiful. 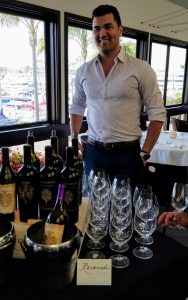 Ralph comes from a long history of winemaking; his ancestors made wine in Hungary and Slovakia.  When the Communists took over Eastern Europe Ralph’s father immigrated to the US. He studied at UC Berkeley where he met his wife, who was originally from China.

Although he did try making beer in his parent’s basement at around age 15, “It was the worst tasting beer ever. I wanted to be in with the cool kids at school, so I gave them this free beer,” he laughed. “It was sweet, tart, sour and bitter!”

Back in the basement he went in 2006. This time to make wine. It was the first year trying. Although he had no idea what he was doing he “wanted to transition an ugly duckling into a swan.” Then he decided he needed to buy better grapes- and he was off and running.

So, he set about learning. He read Karen MacNeil’s book “The Wine Bible” and became a cellar worker and winemaker’s assistant at Casey Flat Ranch Vineyards and Delgado Family Vineyards. He even became a sommelier.

On a beautiful southern California day,  I joined a group of wine writers at the Café del Rey in Los Angeles to enjoy an afternoon tasting Ralph’s wines and enjoying chef David Vilchez’s fabulous food. 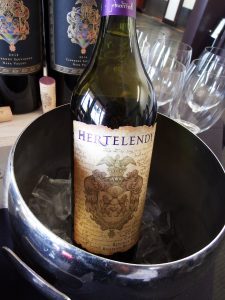 Chardonnay. Grapes are sourced from Ritchie vineyard, reported to be the best vineyard in the country for Chardonnay.

Our second wine was his Signature Mountain Blend 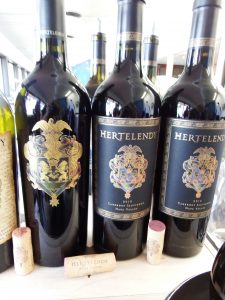 Talk about unfair (however very truthful)! 81% comes from the 24-year old Rockwell Ridge Estate Vineyard on Howell Mountain. Sadly the vineyard is 35 feet below the AVA line, so he can’t call it Howell Mtn, but really it is.

The 2015 Cabernet Sauvignon, Ralph equates this with a grand piano! Bold elegance. It is 77% Cabernet Sauvignon, the rest is Petit Verdot, Malbec, Cabernet Franc and Merlot. Ralph explains that the grapes from this wine are from “has a wonderfully playful symbiotic relationship between the Mayacama valley floor character (earthy, forest floor, rounded tannins, smoothness) and the Vaca mountainous structure (volcanic soil, fruit driven)

The chef said that he needed to experiment with the food for this wine, because since all of Ralph’s red wines could really just work well with nice piece of red meat, he wanted to explore the nuances. Chef Vilchez paired this wine with a Seared Duck Breast in an orange peel puree, with roasted fennel.

Then came the piece de resistance- Rack of Venison Roast. Paired with the other piece de resistance, Ralph’s 2015 Cabernet Sauvignon. This spectacular dish shined with the bold, yet elegant wine.  This inky purple-black wine Lisa Perrotti-Brown from the Wine Advocate describes as “flavors of blackberry and cassis, cedar, tobacco and bouquet garni plus scents of chargrilled meat and truffles.” Yum! 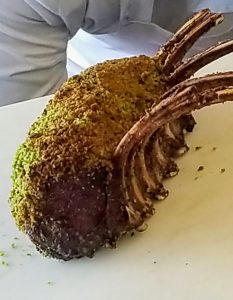 A fun and unique thing about Ralph and his wine bottles are his labels:

Note the change of colors on the label

To read more about Ralph and his wines go to: http://www.hertelendy.com