Les Pervenches Winery
Making Wine While Wearing a Down Parka 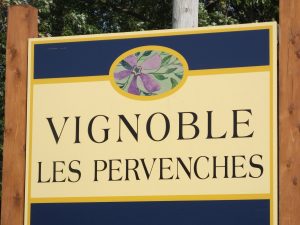 At the turn of the century, Veronique Hupin and Michael Marler were looking to move to South America, maybe Chile and work at a winery. Or maybe start their own winery or just see what adventures lay ahead for them. Veronique’s mother had a different idea. “Mom didn’t want us to move away, so she put it on her to-do list to find a winery for sale in Quebec, Canada,” she laughs recalling her mother’s insistence. She found a winery that was for sale in East Farnham on the Brome-Missisquoi Wine Route and that’s how Les Pervenches Winery found its new owners. 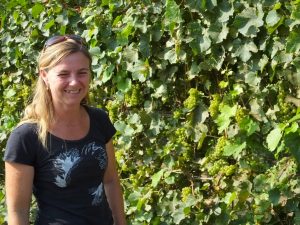 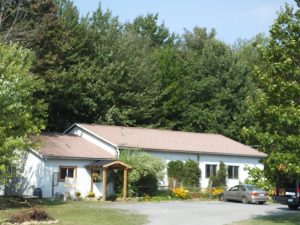 In the middle of cattle and corn country, the couple was trailblazers into the grape business. They had many things to learn- mostly through experimentation. Sure there’s the Finger Lakes Region of New York that is producing great wines, but East Farnham was new to whole wine thing. “Farmers are farmers,” Veronique said. “We decided to try grapes, and hoped for the best.” 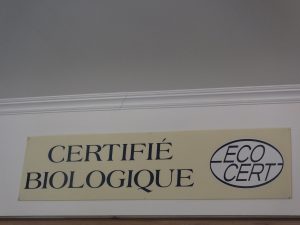 Fifteen years and many harvests later, they have perfected their understanding of the land, climate, lifecycle of plants in the cold weather and how to manage a winery in all seasons.

Their 7-acre winery came with 2 acres of Chardonnay and a French hybrid named Seyval. Veronique and Michael planted two additional cold weather grapes: Frontenac, developed at the University of Minnesota and Zweigelt, developed in Austria.

For the winetasters in the tasting room, it is a great chance to learn about these new varietals. 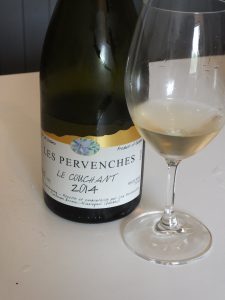 Frontenac, a hybrid grape developed at the University of Minnesota, is a common grape grown in colder climates. Frontenac is good for up to negative 30 degrees F and is resistant to winter. This red wine has a strong black currant, cooked berry flavor mixed with a fresh, green, woody and herbal component.

Seyval, another cold weather grape grown in the northern climes of the United States, England and somewhat in Canada, is sometimes compared to a white Burgundy. It is fermented at a cool temperature and aged in neutral containers, such as stainless steel, giving it a high acidic content. At this juncture, it has a flavor profile of green apples pineapples, lemon and grapefruit. From here it is aged in an oak barrel for at least six months where it takes on depth, adding an herbaceous and flint-like body.

Due to the high acid of the Seyval, many winemakers blend it with Chardonnay. We tasted a 2014 Seyval-Chardonnay which is a blend of 80% Seyval and 20% Chardonnay. This wine was a perfect blend of the two grapes. Very light, acidic, green apple flavors yet soft and r 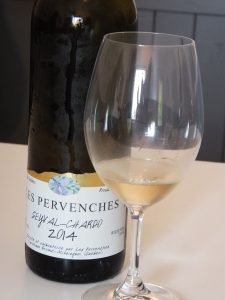 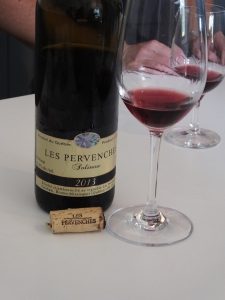 Next up was the 2013 Solinou, which was a light red blend of Frontenac, Chardonnay, Zweigelt and Pinot Noir. This wine is dry with notes of strawberry and bark. It is very fresh and drinkable. Perfect for Sunday on the patio.

Zweigelt was developed in Austria and grows well in Hungary, Slovakia and other colder climates. Now, having made its way across the pond, it is grown in Canada. The rich deep red wine has flavors of spiced cherry and raspberry. A typical blend is with a Cabernet or Merlot.

We also tasted the 2014 Rupture de Stock, which is 100% Zweigelt. It had a strong cherry scent and velvety tannins. Light, yet full bodied.

Vineyard management in the cooler climes was another new learning for Michael and Veronique. After much experimentation, they settled on using the Scott Henry double-trellising system. Two shoots are caned, thus two rows of grapes. The advantages of this split canopy are fungal control and better sunlight absorption, producing wines with smoother tannins. The disadvantage of this system is that vineyard management is harder, as workers have to train the shoots along movable wires. However, the wires are able to move as the canopy grows, allowing a downwards growing position. 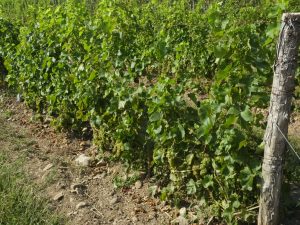 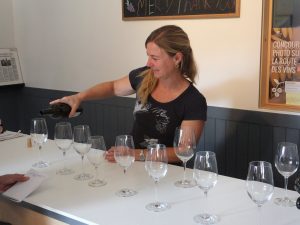 Winter protection is unique also. After the first frost, leaves fall (usually the end of October) field workers cut off the trellis and put the tip of the wine shoots down into the ground and bury them. They make sure there are two renewal trunks at the base. Called “putting the plants down”, the roots are covered in hay and kept warm and cozy during the cold months. Winter in Canada is not for the weak. Only the hearty survive with a smile on their face come spring. While many people migrate south to Florida to stay warm, Veronique and Michael are busy making wine, bottling it and fixing equipment in preparation for the next season.

What a great lesson in northern grapes and wines at Les Pervenches Winery. It’s a lot of learning for one winery visit. 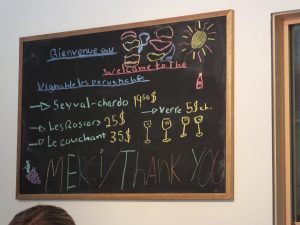