I feel like I won the lotto after a great day in Los Angeles last weekend. I was a guest at the Anaheim Angel’s stadium to watch and learn how a radio show actually happens, Live. 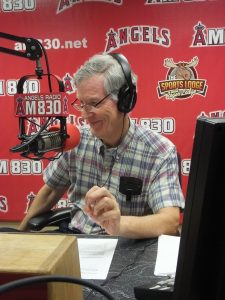 Andrew Harris, host of the SoCal Restaurant Show on Sports Radio AM830 KLAA, invited a group of food, wine and travel writers to the station to watch (and for some- participate) in his weekly radio show.  Andrew has propelled his passion of all things food, wine and travel along with life in Orange County (just south of Los Angeles) into a radio show. He is truly on the pulse of what is happening in the food scene. He has been writing, producing and hosting this show since 2012. You can tell his breadth of knowledge just by the guests on his show. 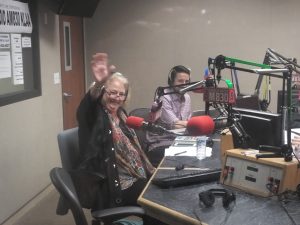 Today he had two friends of mine on the show and four foodies. That’s right – 6 people on one two-hour show. That’s a lot of knowledge, research and just being out there in the world to know these people and know what they’re doing in their professional lives.

Andrew has a voting campaign right now for the “Best Food Talk Radio Show” in the 2015 Golden Foodie Awards Competition in Los Angeles on September 27, 2015.

Two highlights for me were Bobby Navarro, because he used words I didn’t know about like Food Hall and Curated seating. (I know! I’m easily entertained.) Bobby is an inspiration to me. He started out in the writing world as a blogger at http://www.100eats.com/ with a goal of dining in 100 restaurants in 100 consecutive days and progressed on to having his own events company.  He has his finger on the pulse of the food world. Bobby also created a non-profit company called the Inspire Artistic Minds with the goal of fundraising and providing scholarships to “connect passionately driven individuals to the things that inspire them”. Read more about this organization at http://inspireartisticminds.org/ 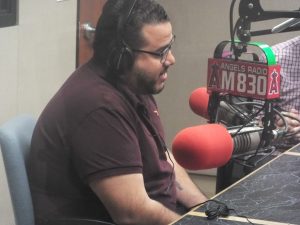 And Simon Majumdar, a food writer and Food TV personality. Simon talked about moving to the USA from England, for the love of a woman, and reinventing himself here. He was a bit lost and decided to find out what was happening in the food world in places besides the big cities. He took a long road trip and visited small towns throughout the country where he heard about different foods and local people creating unique foods. The end result is his new book: Fed, White and Blue – Finding America with my Fork. Turns out he’ll be the host of the Golden Foodie Awards. 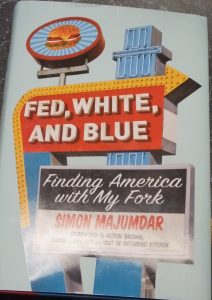 According their website the Golden Foodie Awards are like the Oscars of food with the fun of the Golden Globes. They are the People’s Choice Food Awards. 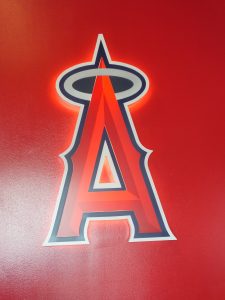