Mexico is famous for Tequila, Mezcal and now Raicilla. Thank you Agave plants. They thrive in the different desert-like climates of central Mexico. Just as potato is to vodka, agave is to Raicilla, Tequila and Mezcal.

Raicilla, a distilled spirit similar to tequila, originated in the southwestern portion of the Mexican state of Jalisco. Raicilla has been known as a moonshine without government sanction, approval or regulation. Today, it is created in small batches and referred to as artisanal and hand-crafted.

The primary difference between Tequila and Raicilla is the type of agave. Raicilla can be made from different types of agave, most commonly the lechugilla agave. Tequila is made only from blue agave.

Although I don’t have a refined enough palate to notice the difference, I’m told there is one. Raicilla tastes sweeter and more herbaceous than Tequila.  I’ll just have to keep sipping to refine my palate.

On a recent trip to Puerto Vallarta, I was lucky enough to visit a Raicilla Distillery. I’d like to share a lesson in the making of Raicilla. 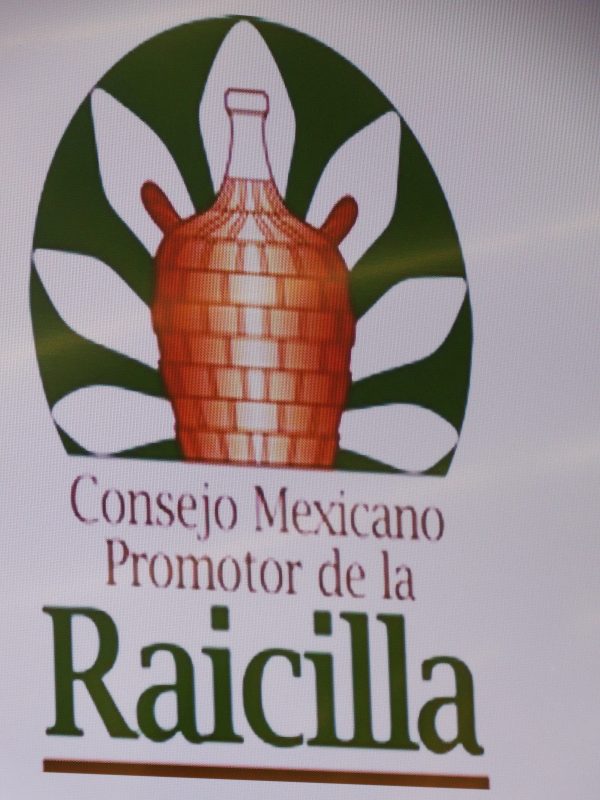 When agave is ready to harvest a harvester, uses a sharp, curved tool made just to trim the spines away from the plant and get to the heart of the agave. Only the heart is used in making Raicilla. 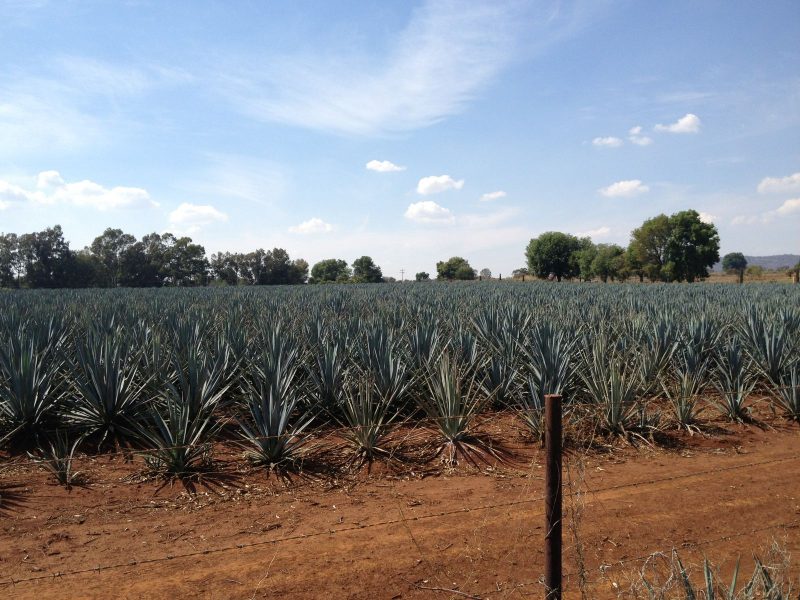 The heart looks similar to a pineapple. In Spanish the word for these “piña” translates to pineapple. These can be very heavy usually between 80 and 300 pounds. It’s not important how big they are, what’s important is the sugar level inside the piñas. It takes approximately 15 pounds of agave piña to make 1 liter of tequila. 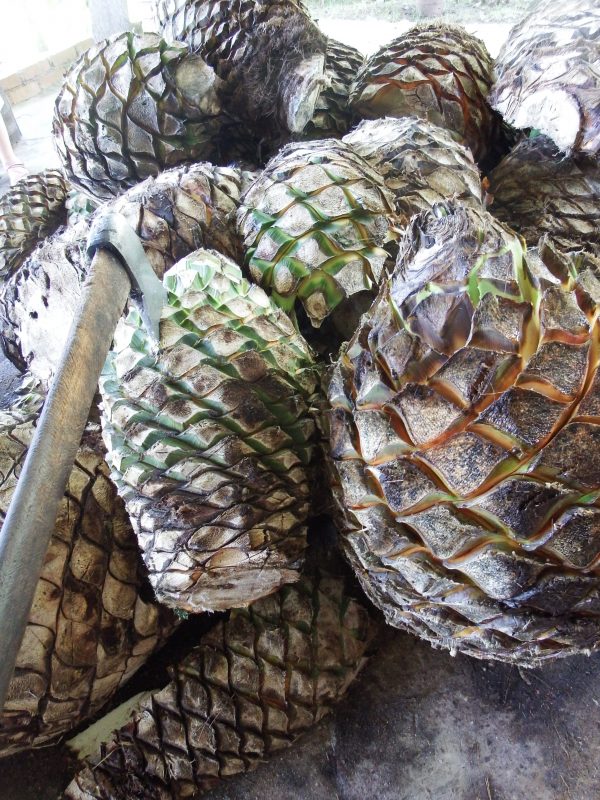 When the piñas arrive at the distillery the piñas are heated in ovens. “This is to activate the chemical process that converts comple 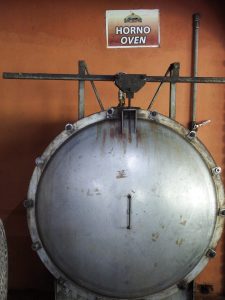 x carbohydrates into simple fermentable sugars,” our guide tells us. “It softens the piña, making the sugar extraction easier also.” 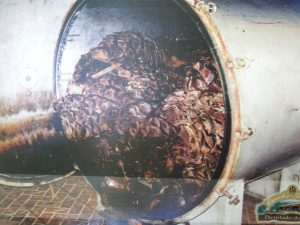 Once cooked, the piñas are crushed in order to release the juice, or “aguamiel,” that will be fermented. 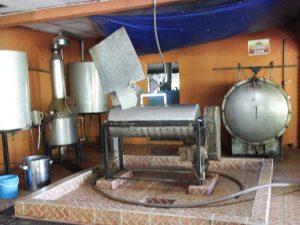 The traditional method is to crush the piñas with a “tahona,” a giant grinding wheel operated by mules, oxen or tractors within a circular pit. Modern distilleries now use a mechanical crusher to separate the fiber from the juices. Once the piñas are minced they are washed with water and strained to remove the juices. 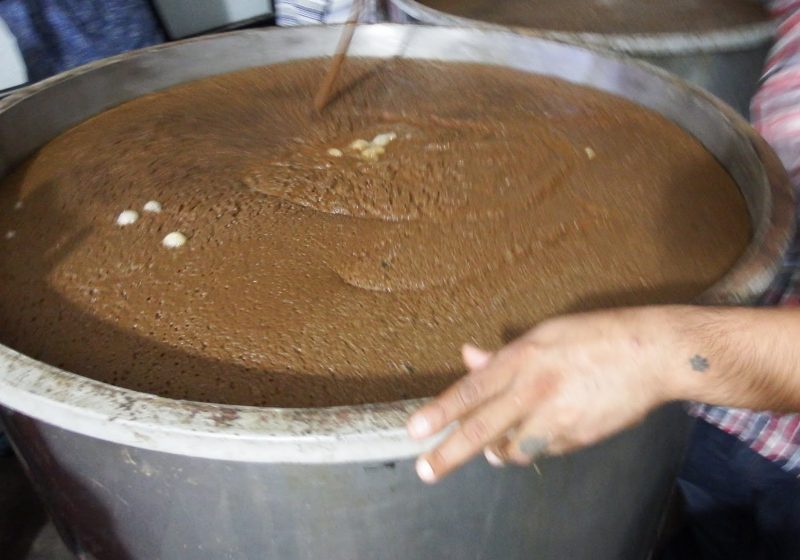 During the fermentation process, sugars are transformed into alcohol within large wooden vats or stainless steel tanks. Yeast may (or may not) be added to accelerate and control the fermentation. Traditionally, the yeast that grows naturally on the agave leaves is used; however, today many distilleries use a cultivated form of wild yeast. Fermentation typically takes seven to twelve days, depending on the method used.

The fifth step is distillation, in which ferments are separated by heat and steam pressure within stainless steel pot stills or distillation towers. 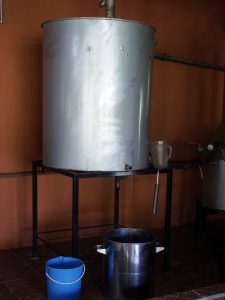 You can see the liquid dripping down into the small bucket. 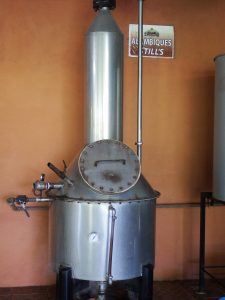 Almost all containers used in raicilla aging are French or American white oak barrels that have previously been used to age bourbon. Reposados are aged between two and twelve months, Añejos are aged between one and three years and Extra Añejos are aged for over three years. The longer the raicilla ages, the more color and tannins the final product will have. The condition of the barrels (such as their age, previous use and if their interiors have been burnt or toasted) will also affect the tequila’s taste. 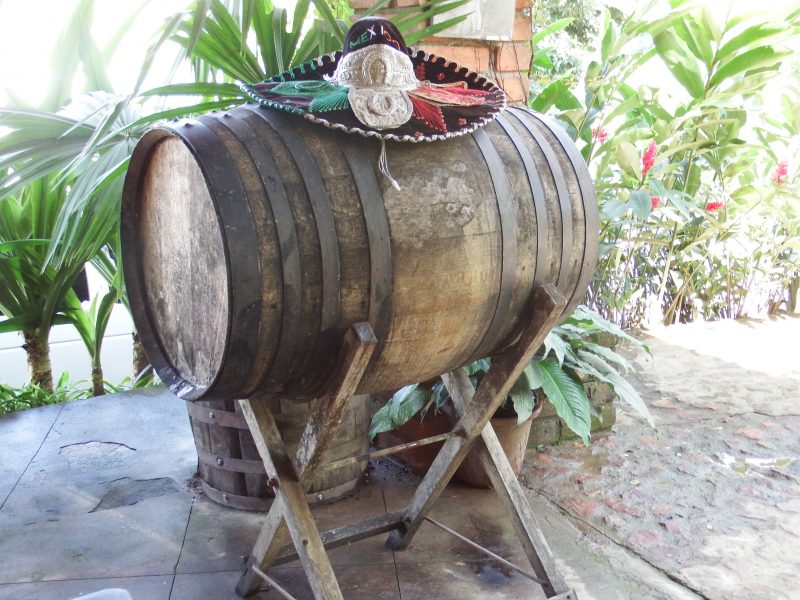 Puerto Vallarta and its environs are very proud of their raicilla production. As with tequila there are different raicillas, reposado, blanco and anejo. 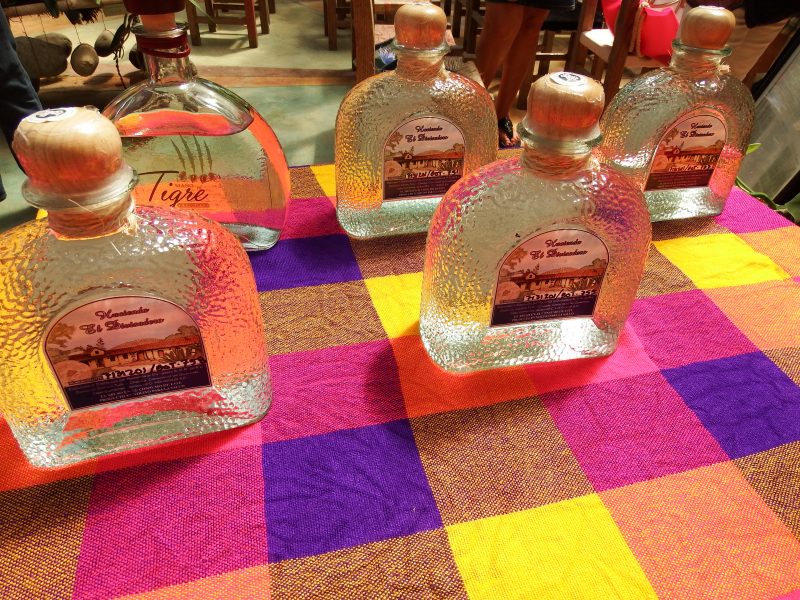 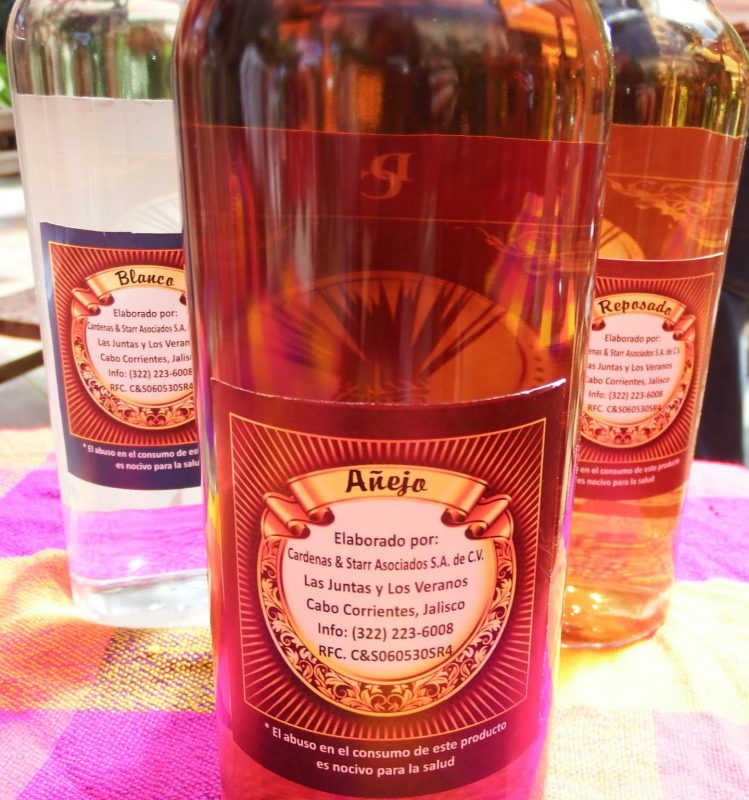