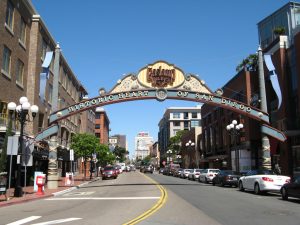 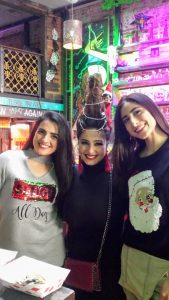 Yes, she has an elf crawling up her hair! 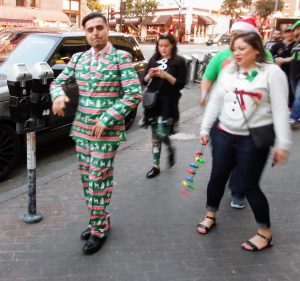 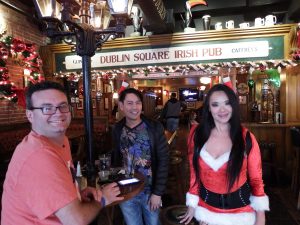 And of course your sexy Santa!

I remember working downtown back in the 1980s and watching Horton Plaza being built from the basement up, watching a derelict area that was only of interest to sailors on leave for 24 hours and a few restaurants who tried their luck at serving the downtown worker clientele. Along came the downtown redevelopment committee and it hasn’t been the same since.

The restaurants in the Gaslamp District in downtown San Diego are constantly be morphing; progressing and improving. That is why I wanted to attend this event. (Well that and the ugly sweaters!) I wasn’t able to get to all the stops in the 4 hours that we were there, but I was able to try some cafes and bistros that are new to me.

My favorite was Havana 1920. It’s a new restaurant and focuses on Cuban cuisine. We didn’t have any of the food, but we did have a rum drink and I got to snoop around the restaurant (I pulled the media card). Next door is a speakeasy and I really want to experience it in 2018. 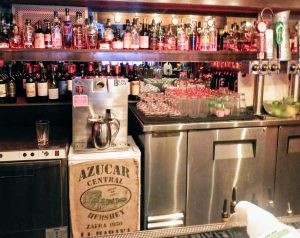 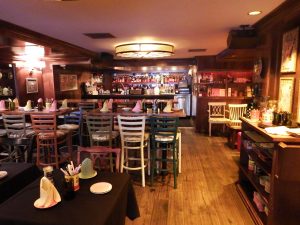 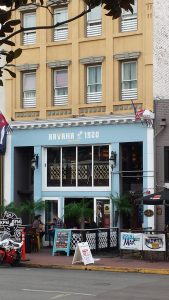 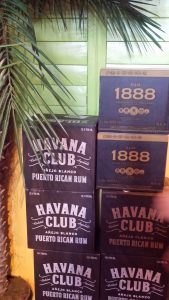 The Cohn Family have Blue Point Coastal Cuisine in the Gaslamp. We popped over there, even though I don’t like seafood. My husband enjoyed my portion here as they dazzled us with Tuna Tartare and their signature drink called a Pixie. 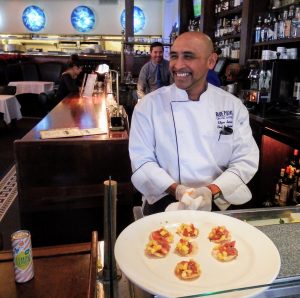 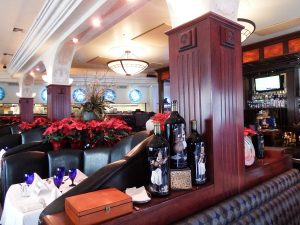 Dublin Square Irish Pub on 5th Avenue opened in 2001 and is an exact replica of Tynan’s pub in Kilkenny Ireland. Ireland is famous for its pub culture and owner Sam Ladki wanted to mirror the feeling of an old Irish Victorian bar. 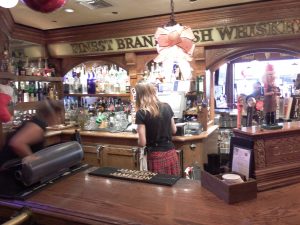 Bar at the Irish Pub

The hospitality of Dublin Square was warm and welcoming. We were treated to corned beef and veggies. I love the old Irish poem that they live by:

May the road rise to meet you.

May the wind be always at your sails.

May the sun shine fresh upon your fields.

And may God hold you in the palm of his hand.

We had BBQ Chicken Pizza, Chicken and Waffles, Margaritas, Vodka drinks and a Spanish liqueur and cream (similar to a Kahlua and cream). I visited new restaurants and can’t wait to return and try them. All-in-all a win-win. 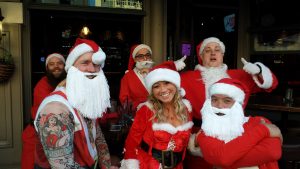