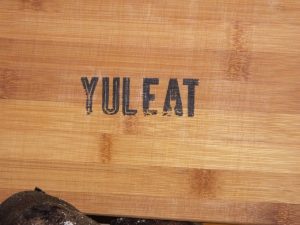 In Montreal, eating is entertainment. A passion. Food is social. Montreal has the largest number of restaurants per resident than any other North American City. In fact, the tourist districts have 66.3 restaurants per square kilometer. Any food type you want you can find it in the city. In 2014, Thrillist Media Group ranked Montreal as the “13th best food city in the world”.

Montreal is famous for Poutine, which they invented in the 1950’s. A plate of French fries smothered in a variety of sauces (usually a gravy) and cheese curds. Bagels that are baked in gas ovens and lighter than traditional bagels and Smoked Meats. 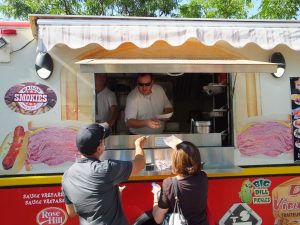 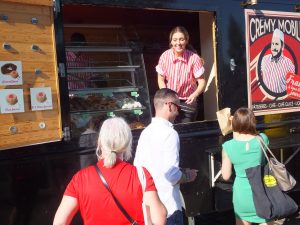 Bagel (and other pastries) food truck

Second to food, festivals are the city’s passion. Montreal has over 100 festivals a year devoted to food, music, comedy and fashion. No matter the season, time or weather, Montrealers flock to festivals and this one was no exception. 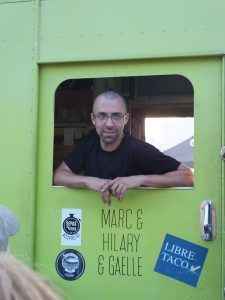 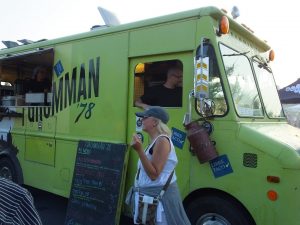 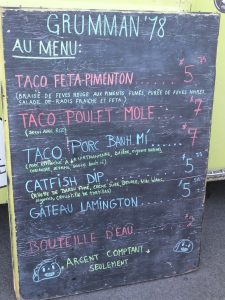 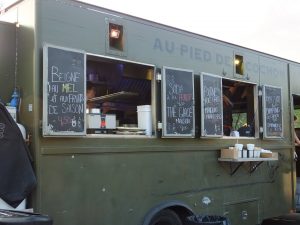 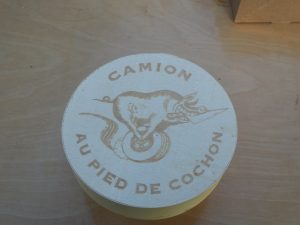 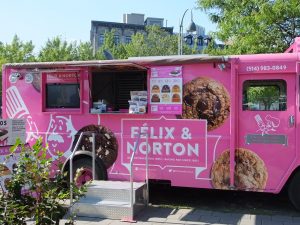 Felix and Norton Cookies’ pink truck graced the entrance of the fair, plying guests with their famous cookies. Their philosophy that a good dessert with butter and pure chocolate can solve most of the world’s problems. 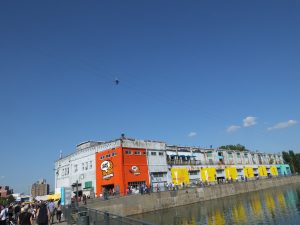 Zipliner in front of the warehouse

The market was inside an urban chic dilapidated warehouse painted in bright yellow and orange. Zipliners screamed past festival goers as they zoomed overhead and across the waterfront and to a side entrance.Quite a way to make an entrance.

Many retailers showcased their foods such as sausages, Maple Syrups, Jams and Jellies. A bookstore sold out of many local cookbooks. Chefs adored like rock stars, signed their books to lines of fans. 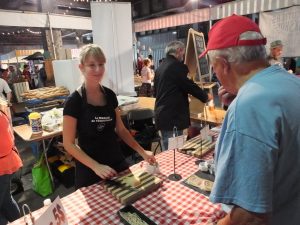 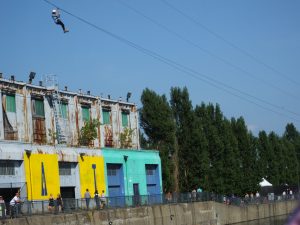 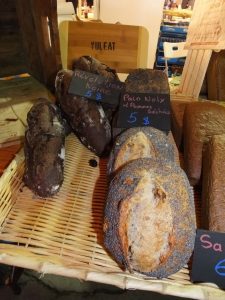 The goal of YUL Eats was to Eat, Discover and Party at the Old Port
of Montreal. Based on the smiles on thousands of faces, they were a success.

Follow food and you’ll follow tradition. Montreal is leading the way in Fusion Cuisine and it’s fun to be along for the ride.

Food stall in the market 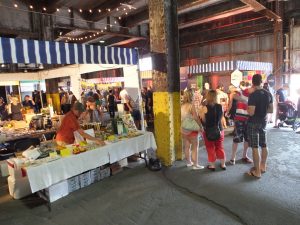